Water for Water is our way of making a small contribution to balance the enormous inequality between those who have access to water at the touch of a hand and those who have to travel great distances to fetch it.

Agua por Agua is our way of making a small contribution to balance the enormous inequality between those who have easy access to water and those who have to travel great distances to fetch it.

Agua por Agua is about water rich in solidarity.  Every time you buy a bottle at one of our Natura shops, you are directly giving 50 cents to the NGO Aigua per al Sahel, an NGO established in 1991. Without paid staff or administrative costs, the NGO gives almost 100% of funds raised to cooperation with Burkina Faso, where the Sahel region is located.

We met María, Montse and Pepe to talk about the project and here at Natura we wanted to explain you how it went. María and Montse are the founders of Aigua per al Sahel and Pepe Navarro is the photographer who is voluntarily working on this project. Pepe Navarro has the eye to catch the dignity of a way of life that has hardly been touched by the hustle and bustle of modern life. Simple landscapes with a timeless purity, the beauty of Sudanese architecture and the concept of water as the source of life and the creator of culture. 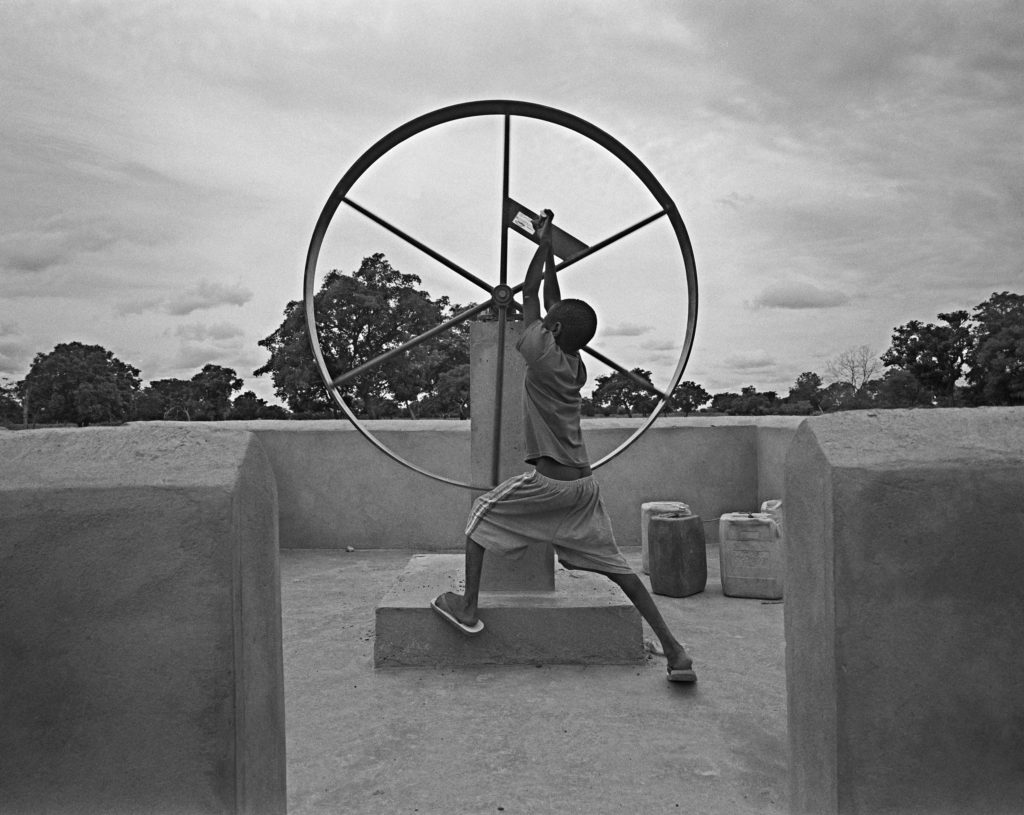 Pepe told us that there are two very different aspects to the issue of water in his photos; on one hand they are about hope and the fun that happens when this country seasonally receives water – children have fun, they jump and dance in the water and it is a delight to watch them play, said Pepe. However, within a few months the winds of the Sahara desert starts to increasingly dry these areas and they become dry mudflats. That is when the toughest photos appear, of delicate young girls digging in the mud, searching for water where there is practically none. These are very sad photos, but they express one part of the reality of the situation and that is why Aigua per al Sahel exists.

Pepe had always wanted to help non-profit making associations in some way, as he did in Medicus Mundi, in Angola during times of war, in Chiapas, Cape Green, Cuba, etc. to carry out social journalism and give back it to the NGOs. Even so, he wanted to help another NGO that had less resources, and thanks to his contacts he met Maria and Montse, who, although they did not have many resources, were full of ideas and commitment. He was impressed to see how two women that were not part of an organization, without their own premises, without an official name and without publicity had established a small supportive empire, an empire based on love, not on its finances or infrastructure, and the truth is that solidarity does not end within the framework of what Aigua per al Sahel is. Once together, thousands of other beautiful stories happened. For example, they told me the story of a boy who had a heart problem and how they managed to bring him to Spain to have surgery at Vall d’Hebron hospital and that now the boy is 20 years old and in perfect health… All of this led Pepe to offer his services as photographer for any project they needed, and together, in 2000, they took a series of photos of the wells in Burkina, which led to an exhibition that is still running…. 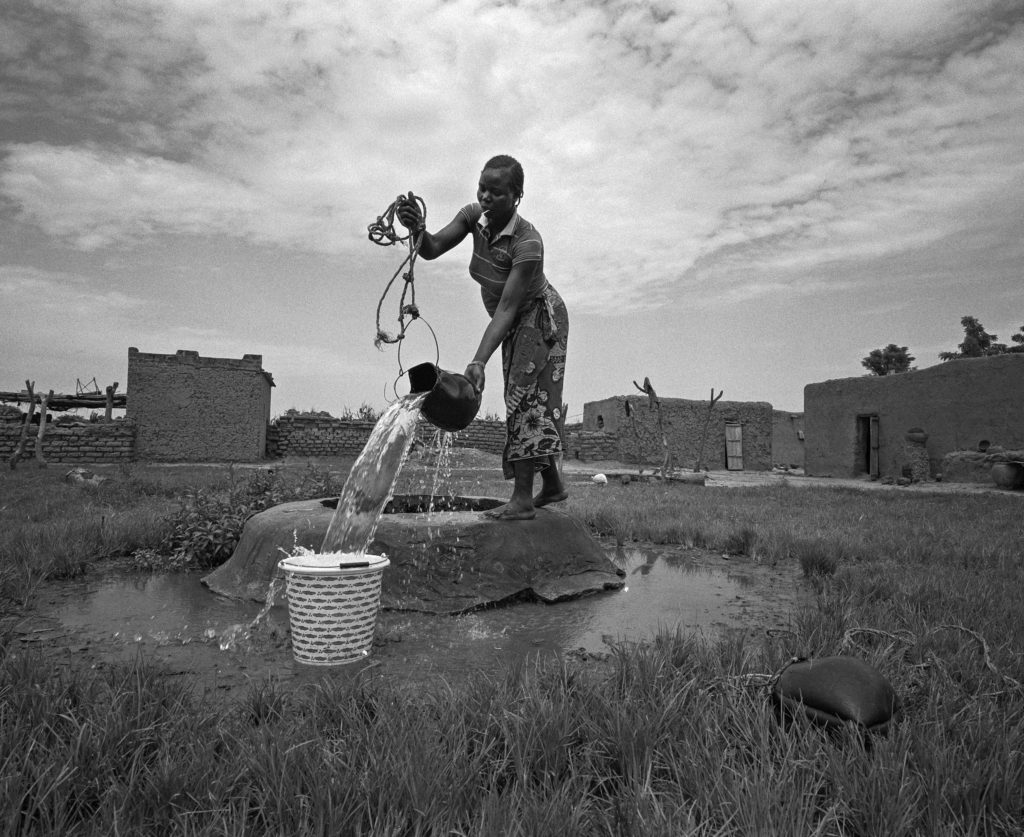 This exhibition, called “El camí de l’Aigua”, has run for 14 years and has travelled around the world. Now, to end this journey they would like these photos to be sold at a symbolic price and for people who are interested in the project to take them home. They would also like to use some of the money to finance their new exhibition and also help the people from Burkina who helped Pepe take these photos.

They will soon be holding a new exhibition that will include 50 photographs that will reflect the reality of Burkina which, Pepe said, is multi-faceted: water, people, poverty, architecture, smiles….

María and Montse explained the different ways of contributing with the project. One way is by buying bottles of water at Natura shops or at the official website; another way is to contact them so that you can travel directly to help Sahel. They are also open to any suggestions and anyone who wants to collaborate from anywhere in the world. There is also the option of donations, from the smallest to the most generous. In total, 115 wells have been dug and they would love to build many more.

Pepe said that the most important thing was to explain what a well is… because people imagine it’s just a place to draw water, and it is that but also so much more. There is a complicated process of searching for where there might be water and, once it is found, it is usually 100 metres underground and it is necessary to drill 100 metres down and then people have to walk the entire distance to them. These are wells that are very well treated hygienically, they are not simple holes in the ground to take water from… From then on, wells constitute an essential part of people’s lives. These wells are spaced between various villages, 20 km, 15km and in the best cases 8km away. Women cover this distance every day to look for water. This water has many uses, meaning that it is not used just for drinking; this water is not wasted. The little that can be washed is washed and very often the water is used for cooking and the little water that remains is given to animals so that they do not die of dehydration. Wells become an impressive social centre; watch how people meet, build relationships, villages that never used to speak now speak to each other, there are courtships, life stories, children playing… We could say that it is reminiscent of a temple to the extent that people take off their sandals so as not to dirty their wells. All of this changes the social panorama, children’s faces, hygiene, feet, clothes, health, happiness… and this is what is so fascinating, this is what a well means for Sahel.

“When you are there you see what really works and I often wonder how many lives have been saved since this project began.”

Take action by buying a bottle of water in our online store or Natura shops.